Ludovico Einaudi played a residency in London in March 2022 after the release of his new album underwater.

He played three underwater nights with his band at the Eventim Apollo, followed by two intimate solo concerts in the historic setting of the Alexandra Palace Theatre.

Last year’s lockdown forced the cancellation of his Manchester concert, so he also played one Underwater night with the band at the Manchester O2 Apollo. 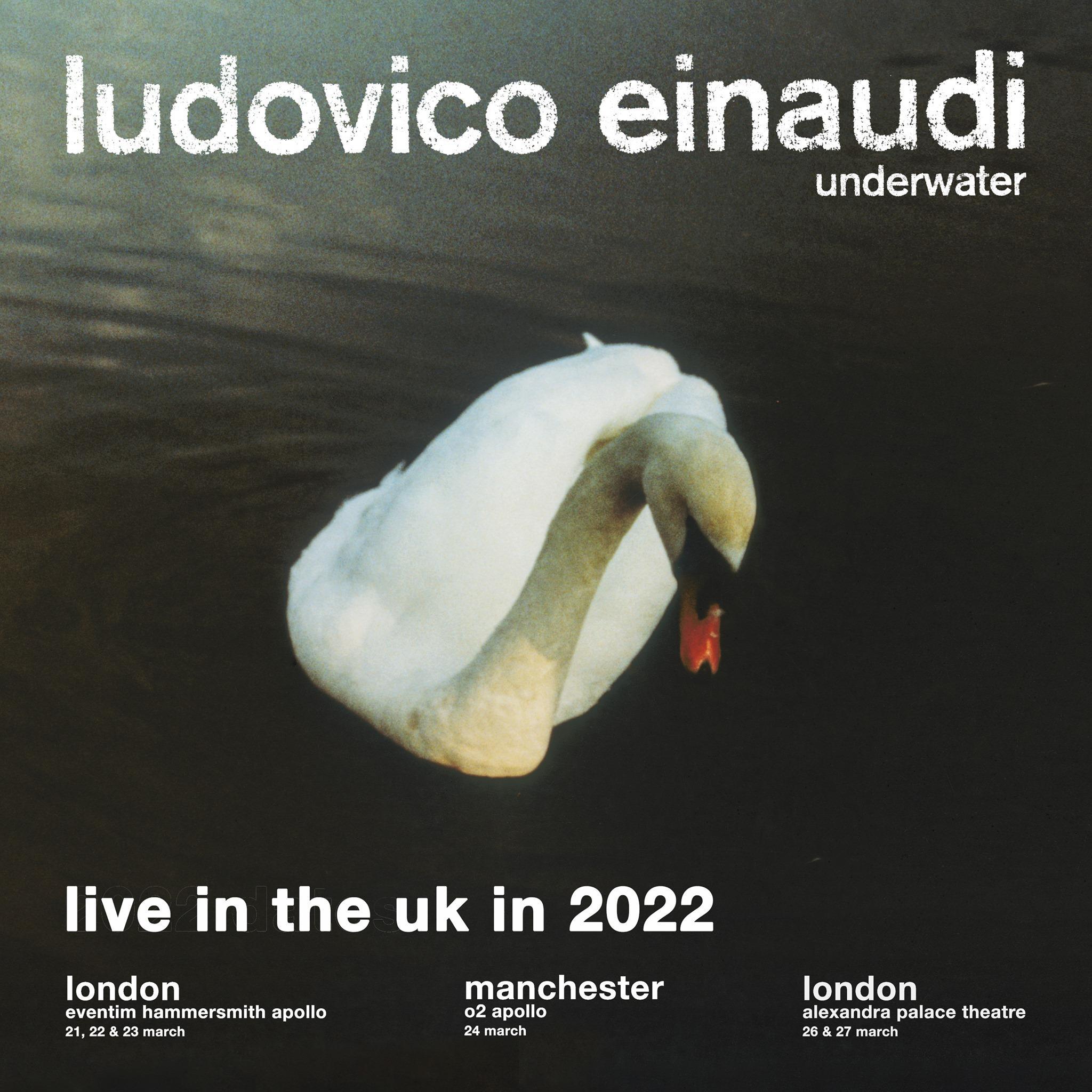